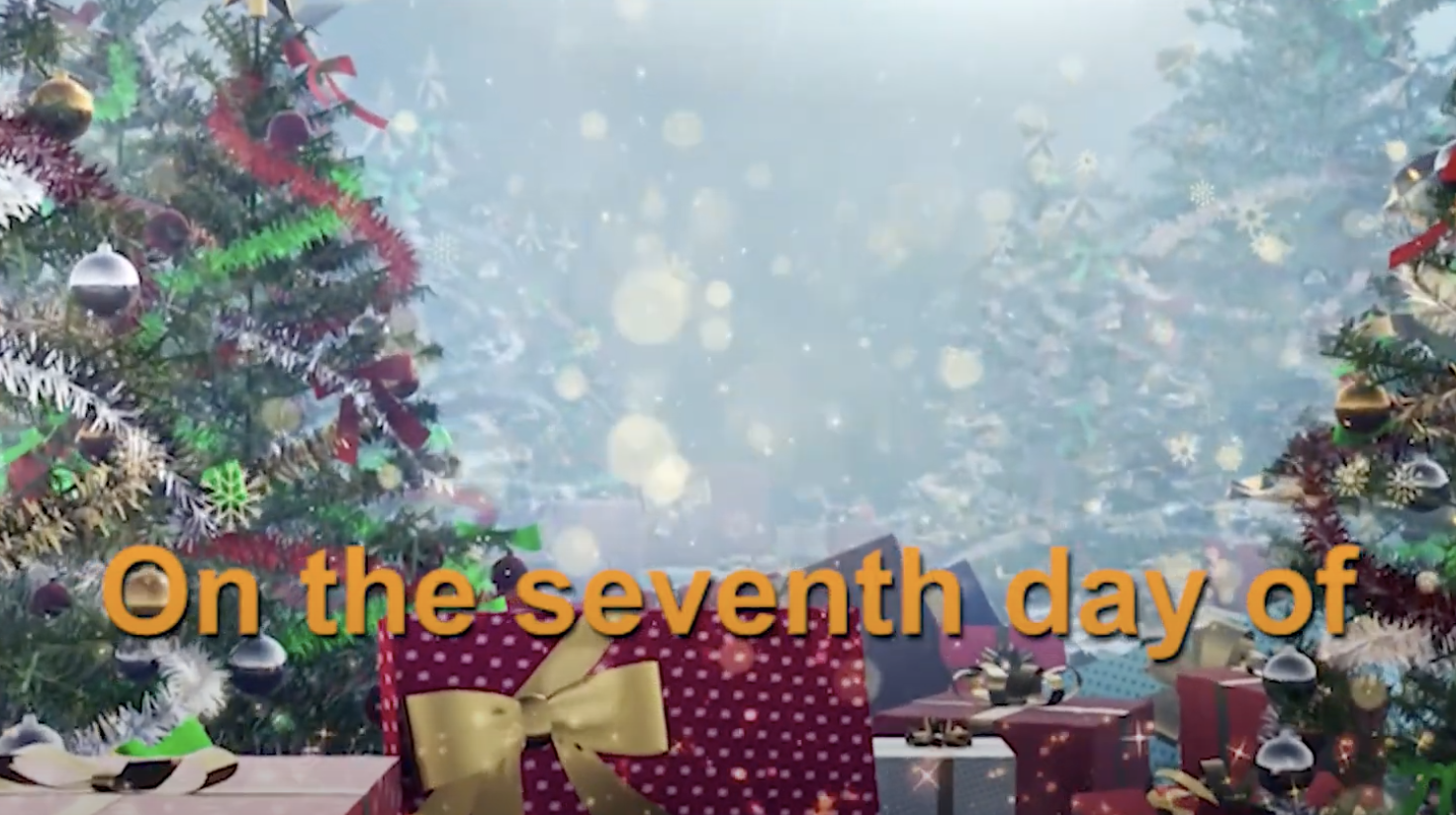 Today, we're going to share a behind-the-scenes look at the amazing 12 Days of Christmas video created by BiblioTech Technical Assistant Ricardo Cuevas, Jr. The video highlights some of the fantastic resources available at BiblioTech Public Library, and it does it all to the tune of the classical holiday carol. Below, Ricardo explains how he was inspired to create the video and talks about the software he used to make it. Before diving into the backstage details, give it a watch. The way all the animation lines up with the song is mesmerizing!

How did you get the idea to make the video?

"Early in the month of December my manager asked me to make a post on our Instagram account. At the time I didn't want to make another ... single slide post and was thinking of how to spice things up a bit. The day before, I saw a video from my favorite a cappella group Pentatonix on '12 Days of Christmas' and had the song stuck in my head ever since. That's when I thought 'What if we did a parody of 12 Days of Christmas for BiblioTech?!'"

Where did you find the music?

"... I had to find a version of the song the was allowed for creative commons usage. For that I looked towards YouTube's audio library of royalty-free music and found only one version of the song, instrumentals only, that was free to use."

Was it hard to come up with the different resources for the 12 days?

"It wasn't as hard as one might think, since we have a lot of different resources to choose from. I just simply grouped aspects of BiblioTech revolving around specific numbers and tried following the theme of the original song. The original song had two separate themes for the days of Christmas. For example, the second half of the song has drummers drumming and pipers piping so our parody has faxes faxing and copies copying."

What was your favorite part about making it?

"My favorite part about making the video was editing using [Adobe] Premiere Pro [which is software available for the public to use at all BiblioTech branch locations]. It's the hardest and longest part of the process, but at the same time it's the most exciting. It's an amazing feeling taking your vision in your head and bringing it to life on video for others to enjoy."

What was the hardest part about making it?

"The hardest part about making this project was without a doubt getting every animation, every transition, and every image timed perfectly with the rhythm of the song. Because of how fast the song is, the amount of frames you have to work with for your animations is limited, which makes doing more with your images more difficult, to say the least."

What software did you use? Did you already know how to use the software?

"I used YouTube to pull a royalty-free audio track of the song and a looping animation for the background. I had some prior ambition of starting a personal YouTube channel, but it unfortunately never came into fruition. I also used Adobe Premiere Pro, Photoshop, and Encoder to edit, render and export the video. I did have prior experience working with video editing through my last job, but everything I know is self taught."

Thanks to Ricardo for his hard work on this project and for doing the interview for this blog post. Happy Holidays, everyone, and enjoy the fun video!