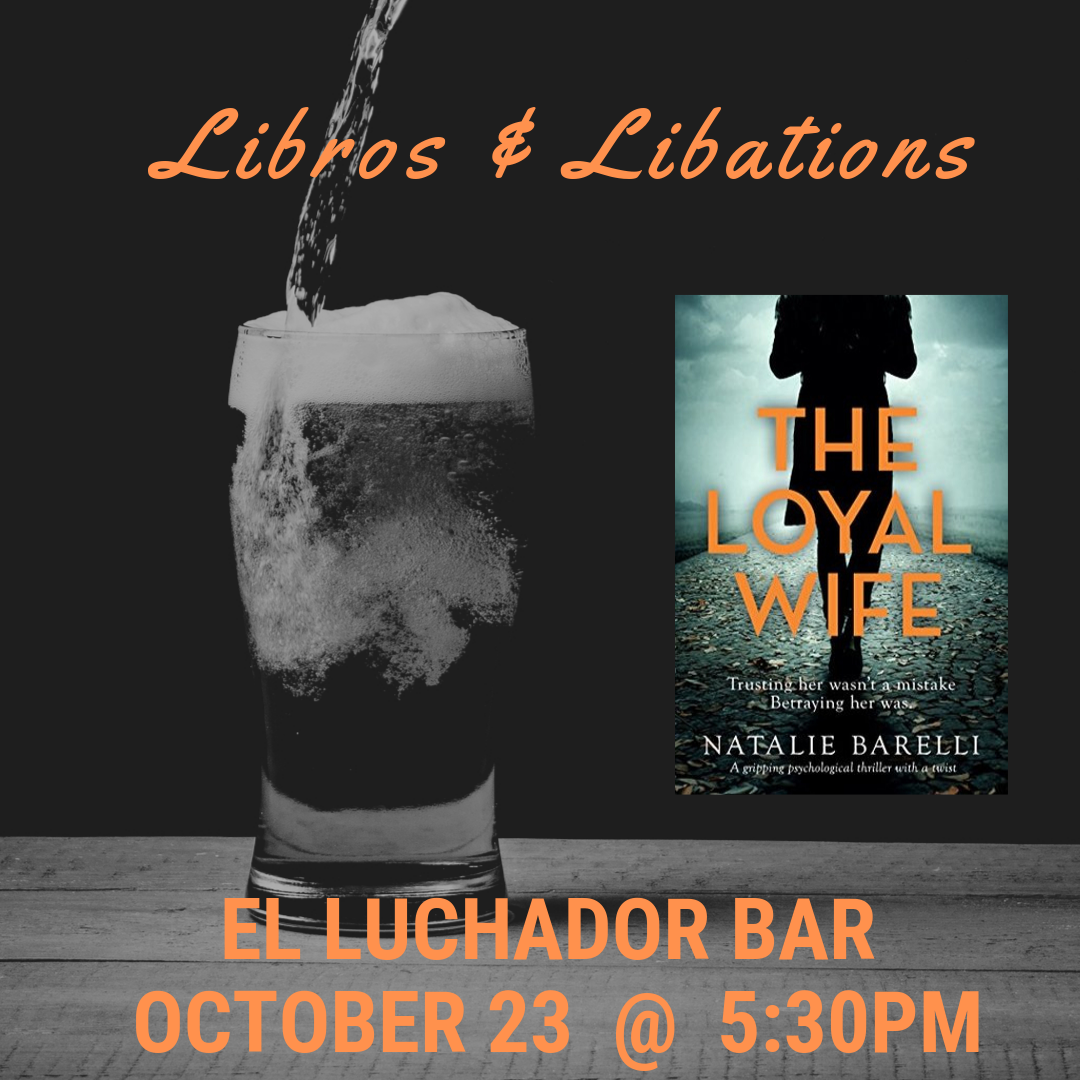 With the slight chill in the air and the leaves starting to change color (well...as much as possible in San Antonio, Texas) - October is here and it's the perfect time to dive into creepy reads and psychological thrillers. One type of novel that has become increasingly popular over the past few years is the "domestic thriller" - a subgenre of crime fiction that focuses on relationships...usually relationships gone terribly wrong. If you're in the mood to read about mysterious marriages, hostile households, and suspicious spouses, check out these books for free with your BiblioTech library card.

The Loyal Wife by Natalie Barelli: She thought they had the perfect marriage. Tamra never dreamed she would marry someone like Mike: handsome, rich, a wonderful husband... until she finds out that Mike is having an affair. But Hell hath no fury like a woman scorned, and Mike Mitchell should have remembered that before he made a fool of her - because Tamra knows a terrible secret about Mike.

We will be discussing The Loyal Wife at our Libros & Libations Book Club on Wednesday, October 23rd at El Luchador Bar! Find it on Hoopla.

The Girl on the Train by Paula Hawkins: Rachel takes the same train every morning and night and stops at the signal that allows her to daily watch the same couple every day - Jess and Jason, she calls them. Their life--as she sees it--is perfect. Not unlike the life she recently lost. And then she sees something shocking. It's only a minute until the train moves on, but it's enough. Now everything's changed. Find it on cloudLibrary.

The Woman in the Window by A.J. Flinn: Anna Fox lives alone a recluse in her New York City home, unable to venture outside. She spends her day drinking wine (maybe too much), watching old movies, recalling happier times . . . and spying on her neighbors. Then the Russells move into the house across the way: a father, mother, their teenaged son. The perfect family. But when Anna, gazing out her window one night, sees something she shouldn't, her world begins to crumble. Find it on Hoopla.

Behind Closed Doors by B.A. Paris: Jack and Grace are inseparable - some might call this true love. Others might wonder why Grace never answers the phone. Or why she can never meet for coffee, even though she doesn’t work. How she can cook such elaborate meals but remain so slim. Or why she never seems to take anything with her when she leaves the house, not even a pen. Or why there are such high-security metal shutters on all the downstairs windows. Some might wonder what’s really going on once the dinner party is over, and the front door has closed. Find it on cloudLibrary.

The Wife Between Us by Greer Hendricks & Sarah Pekkanen: When you read this book, you will make many assumptions. You will assume you are reading about a jealous ex-wife. You will assume she is obsessed with her replacement – a beautiful, younger woman who is about to marry the man they both love. You will assume you know the anatomy of this tangled love triangle. Assume nothing. Find it on cloudLibrary!