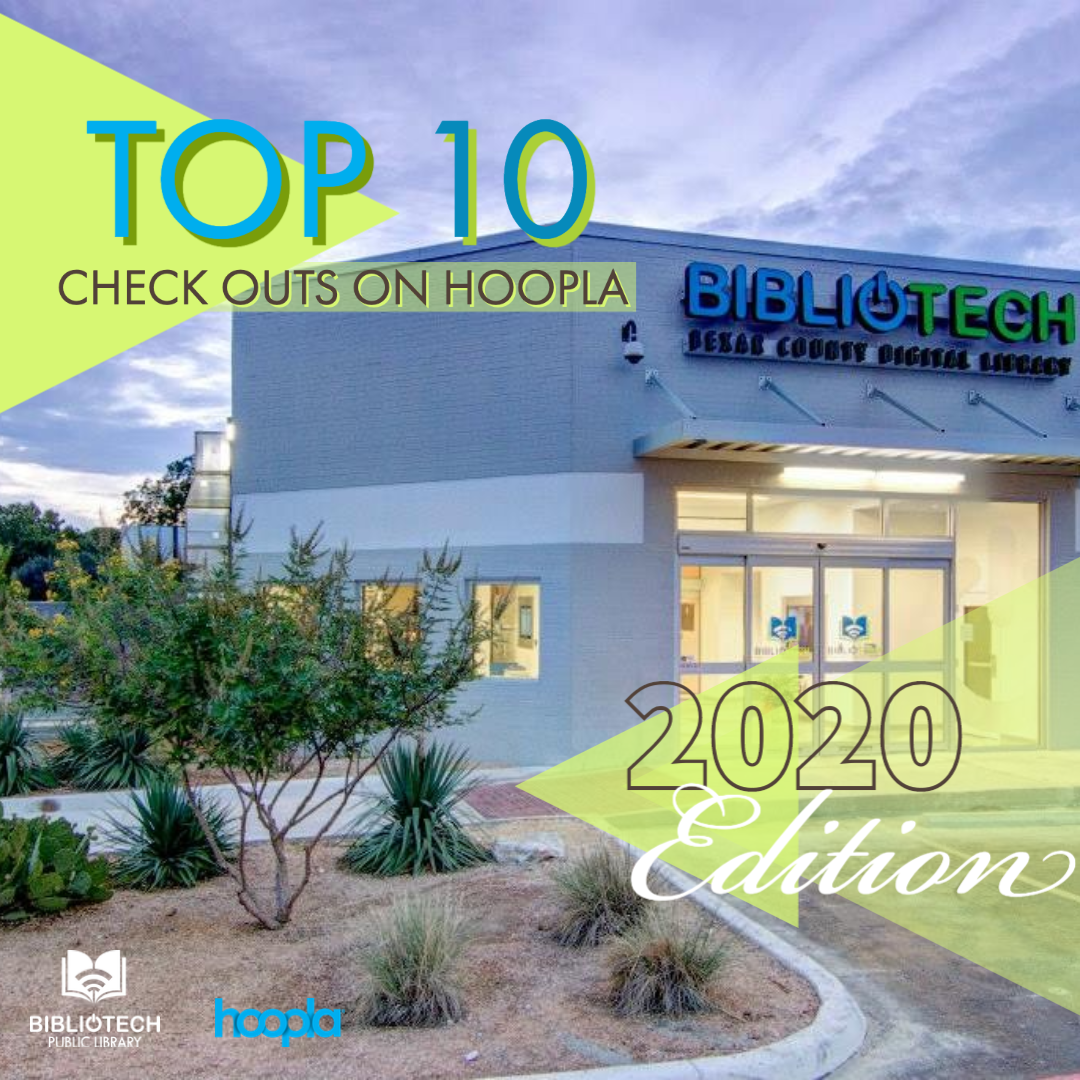 One of the best parts of any ending is taking a look back at what we enjoyed. While 2020 has certainly had more than its fair share of unenjoyable events and times, we were all still able to read, watch and listen to some incredible books and movies. Today, we're going to take a look at the Top 10 items downloaded from Hoopla, one of our amazing BiblioTech Public Library apps.

Hoopla offers music, movies, ebooks, audiobooks and comics, so this list is a mix of all those genres. Also, like most of our resources, Hoopla has a items for all ages, so our list will have entertainment options for children, young adults and adults. Let's take a look at what our wonderful library users (you all!) checked out the most during 2020.

Did you read any of these books or watch any of these movies? Do you think there's another Hoopla item that deserves to be in the Top Ten? Let us know on Facebook, Twitter or Instagram.

Looking for more BiblioTech News? We've got you covered!