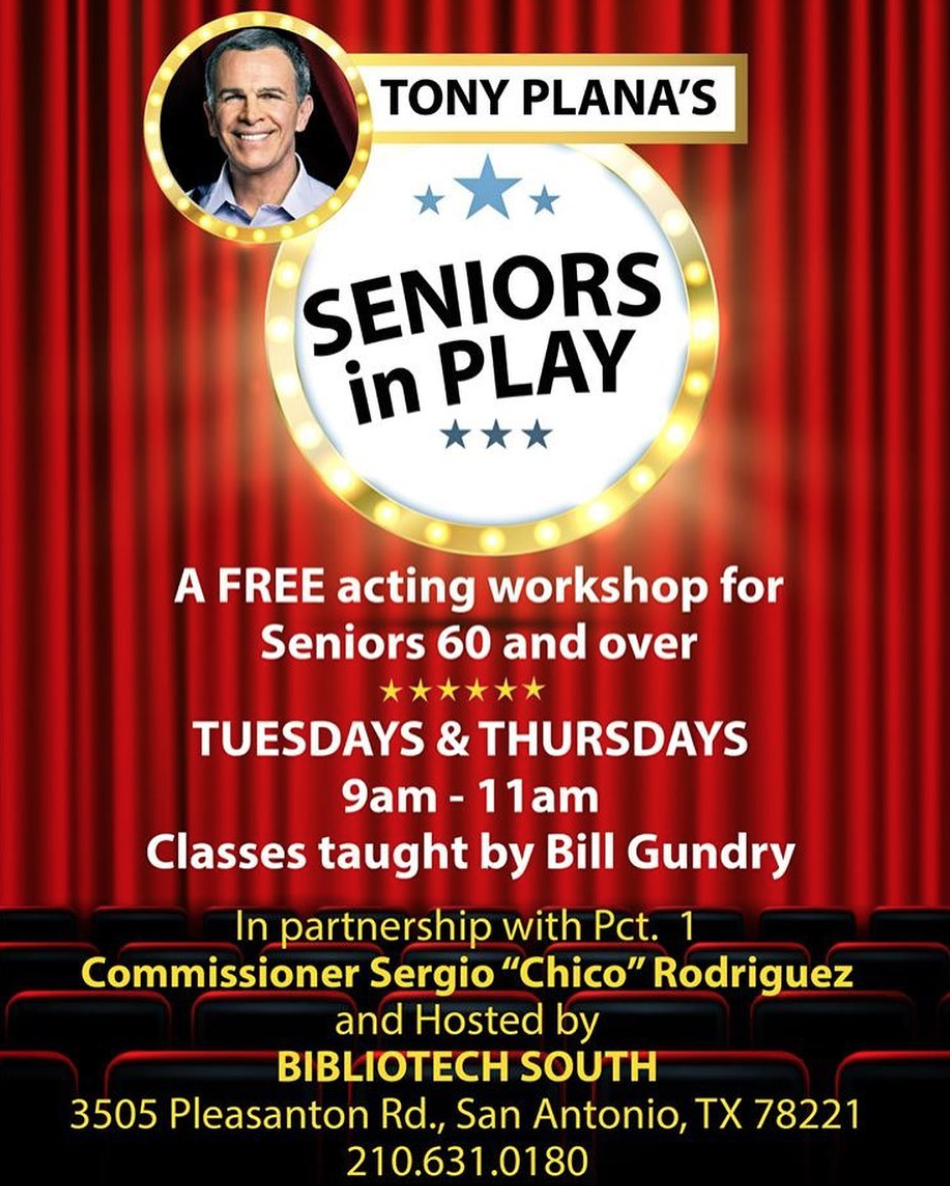 Are you over the age of 60? Have you always been interested in acting? Do you like meeting new people and having fun? Come check out the new acting classes being held at BiblioTech South, in partnership with Bexar County Commissioner Sergio "Chico" Rodriguez!

Tony Plana's Seniors in Play, a free acting workshop, is held on Tuesdays and Thursday from 9-11am. Classes, led by Bill Gundry, will be free and open to all seniors and will encourage creativity and fun.

"It's really about...not only exploring this process socially, but also personally," said actor Tony Plana on the latest episode of BiblioTech South's podcast, BiblioTech: Fully Charged. "I want it to be a place where seniors can come who have always thought about acting but were afraid to, or felt they were too shy or wouldn't be very good at it."

The classes include creating your own monologues based on real-life experiences, as well as acting as other characters and interacting with peers while learning about the craft of acting.

"[Acting and writing] creates an opportunity to know yourself better and express that knowledge...at the same time, when you experience other characters, it expands your sensitivity to other people and what other people go through," Plana continued. "It's such a powerful way to humanize each other."

We hope you can join us for one or more of these amazing classes, but if you're interested in acting and can't make it (or aren't quite in the right age group) don't worry, our BiblioTech resources have you covered! Check out: